An afternoon, on the river Towy. 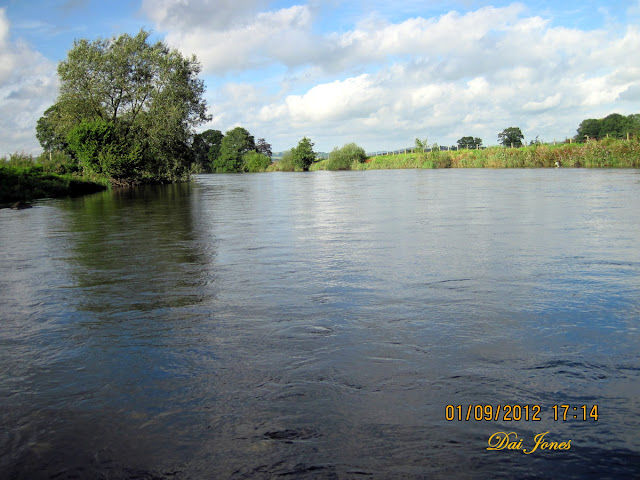 Hi it was great to get out yesterday afternoon, my fly orders have slowed down a lot now. so thought i would get out and try for a salmon or day time sewin,  the weather was very good and in the car park. had a good chat to the bailiff who was out training a new puppy gun dog, and he pulled out is phone and said have a look at this one Dai. he had been out the day before, and had a cracking sewin  of 20lb a huge cock fish. things dreams are made made of. any let get back to my fishing afternoon, loaded with the thoughts of the huge fish. i set of to the pool i had in mind to fish. above is the view from the top of the pool, the river was carrying a lot of water and pushing hard down the river. that's why i went for this part of the river as i did know the area i was going would slow it down a bit to fish ok. 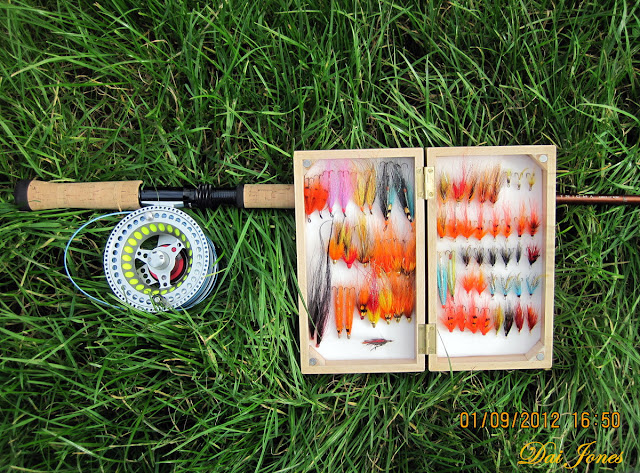 Above the out fit, and flies for the day, a new rod and line i picked last week. as i am off to British Columbia in October, for some Salmon fish. its getting close now so as well as getting out for some fishing, i needed to get so practice with a double hander. and shooting head 8/9# the new rod was a 13ft Enigma 8/9#, reel Airflo airlite 9/10# and the line was the new Airflo ultra spey fly line Eoin Fairgrieve. and have to say the two worked well together and cast very well to. 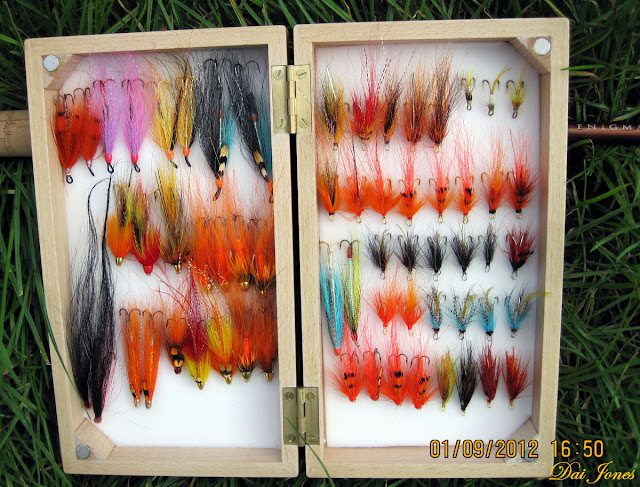 Above a close up of my fly box for the day, which by the way came back after fishing three flies lighter as they made a good grad for the trees on the far bank. My first cast at the top run, hooked a small trout which came off in seconds. 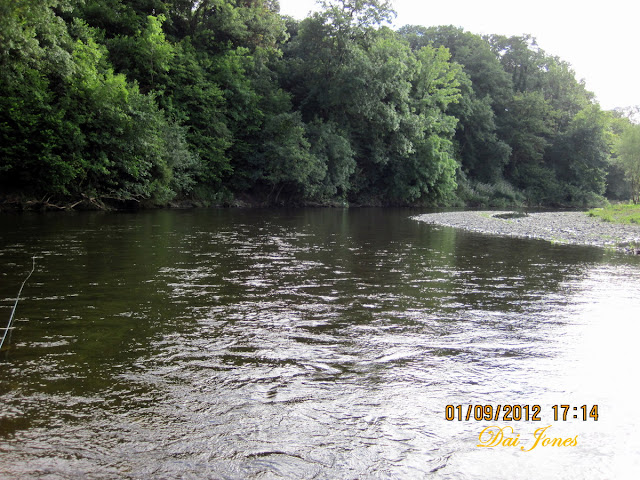 Any way i carried on down the river, and when i got to the trees you see overhanging the river. i hooked in to a nice salmon about 12/14lb and nice and bright, but again the same as the trout it throw the hook after about 3/4 mins. gutted i said hehe. both fish falling for a PBP fly, 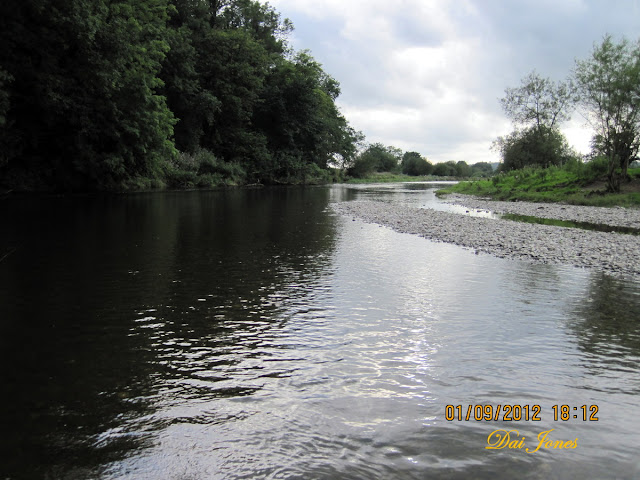 And that was it for the few hours fishing, no more takes. just one fish showed itself  a sewin about 5/6lb, 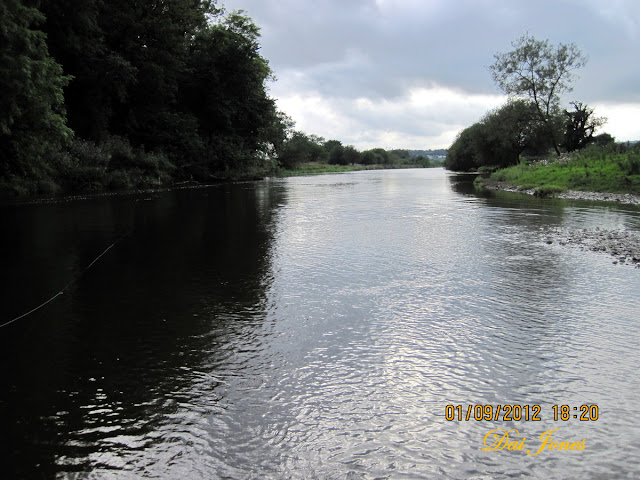 And above the flats that i was going to carry on down fishing, but i just had the feeling it was going to be no good going on down there. i was happy to get out and hook a few fish, but look out next week the weather is looking good. so will be out after some sewin in the nights,
Posted by daijones at 02:26