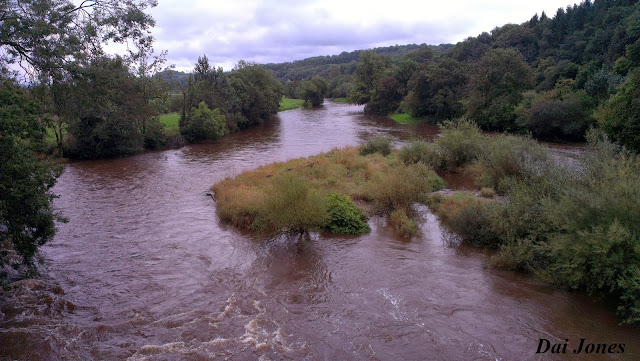 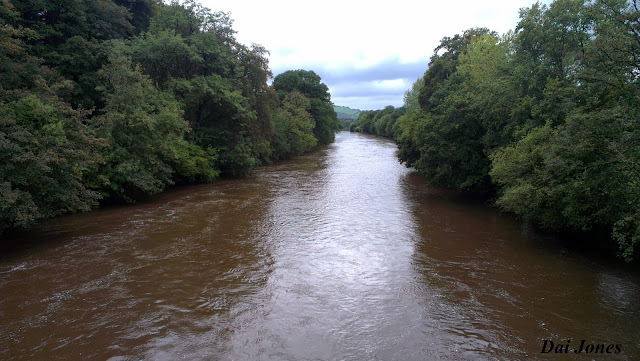 Well as you can see, we had a lift of water came, much needed and we had a good few fish come through. above showing the flood, photo taken off Nantgredig bridge. looking up river to the junction pool and looking down river to the weir. 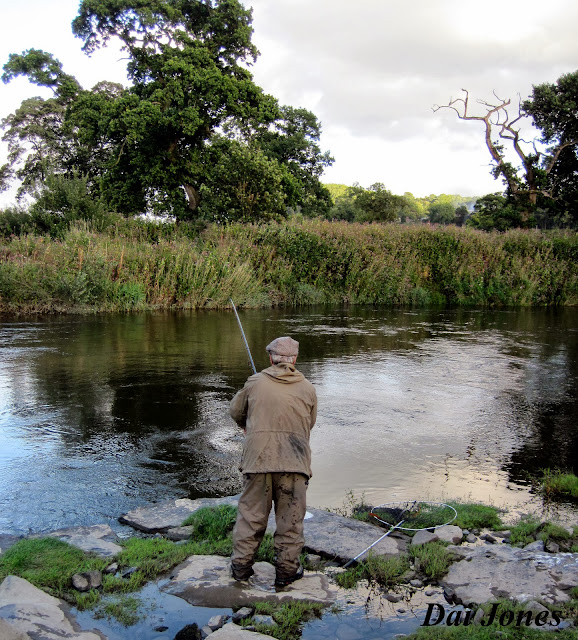 Above Richard Bradley fishing the Abercothi pool, he did well here landing two fish in about 15 mins, 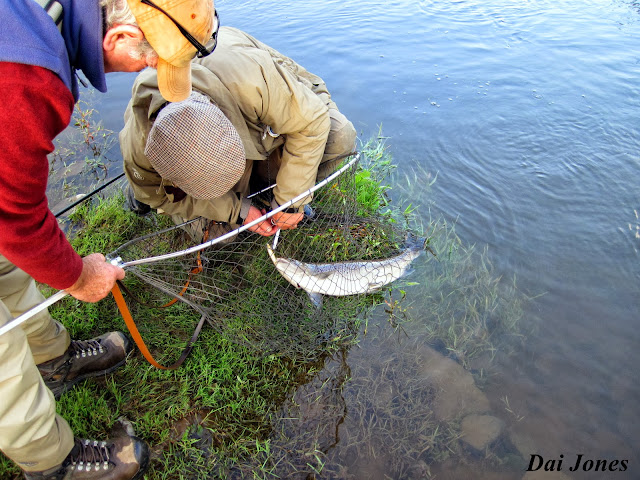 Above, Cyril Fox landing the first fish. a sewin about 6lb in weight, 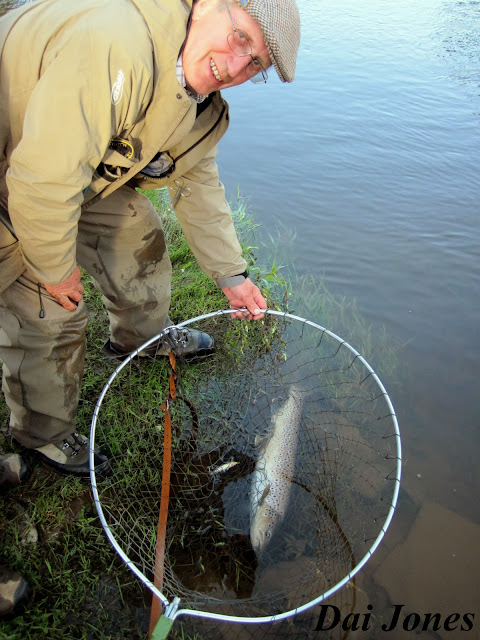 Above Richard with the first fish, a 6lb sewin. 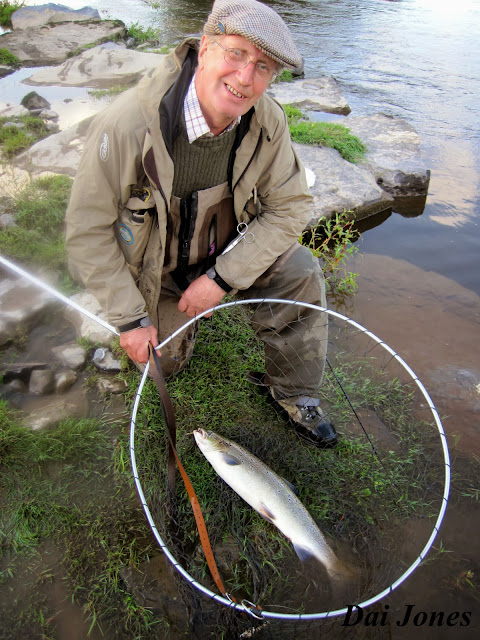 The 2nd fish a Grilse about 6lb both fish returned. 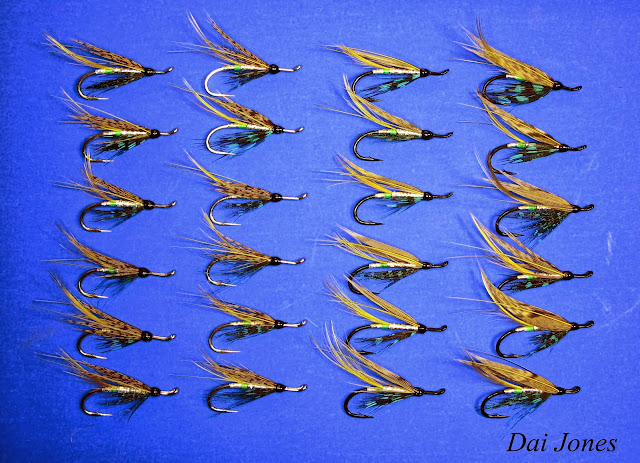 Above a set of Haslems tied for a customer, 12 dark and 12 light tied on size 8 low water hooks. 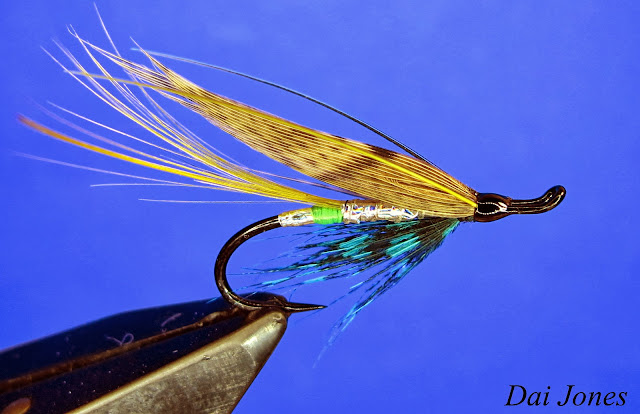 Close up of the Haslem. with horns. 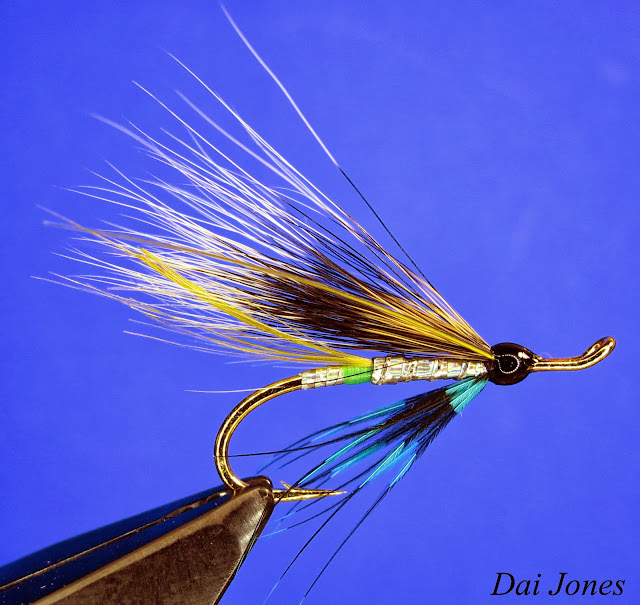 Another take of mine on the Haslem, with a squirrel tail wing. 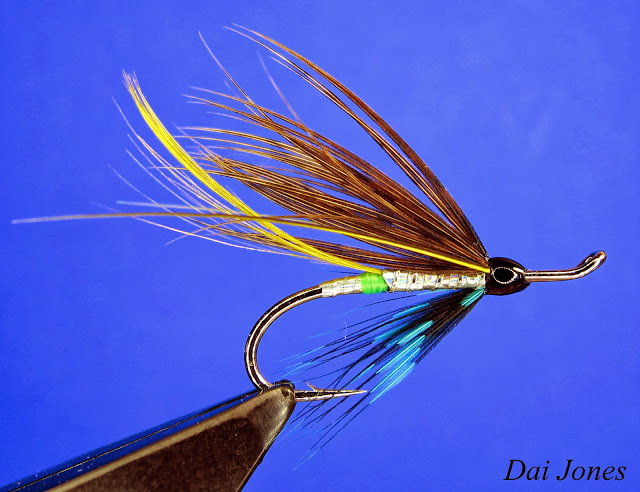 And again, another take on the Haslem with a mixed wing. 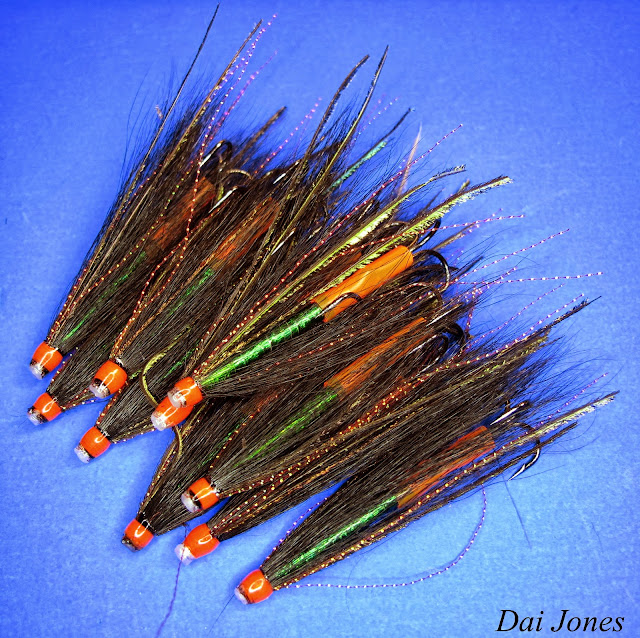 Above, a set of black and peacock 1" tubes, black bear hair over wing of peacock plus red krystal flash. 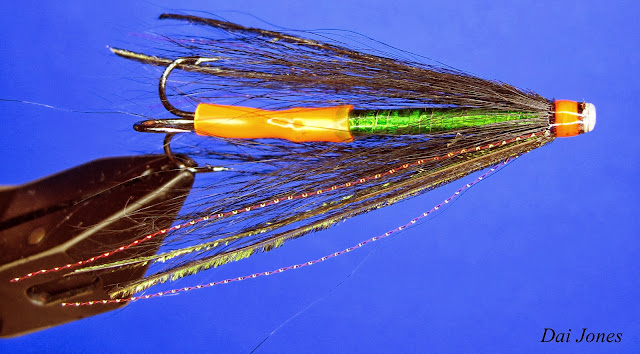 Close up above of the black and peacock tube. 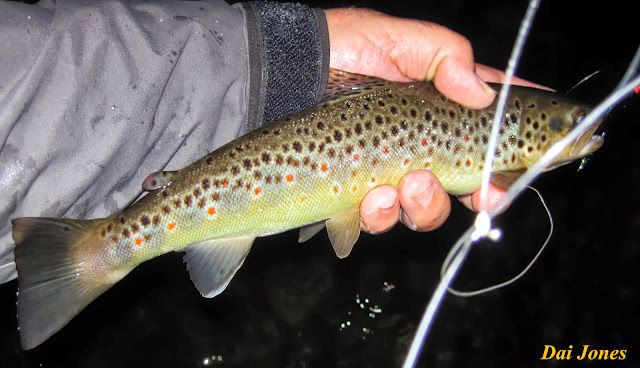 Above, a few photos of the stamp of brownies, coming off the river Towy when fishing for sewin. must have a go at these on light rods next season, 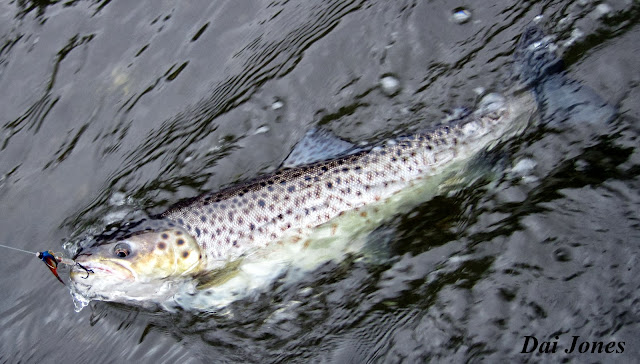 Above, did see a lot of sewin this size coming into the Towy . which is good new for the future, 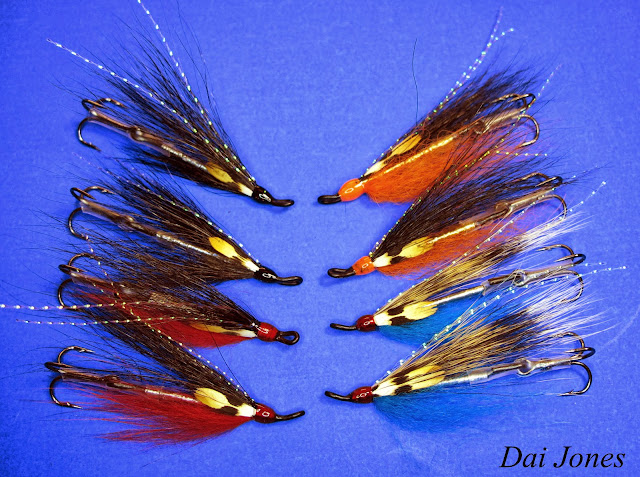 Above, some of the waddingtons, still going out for salmon. 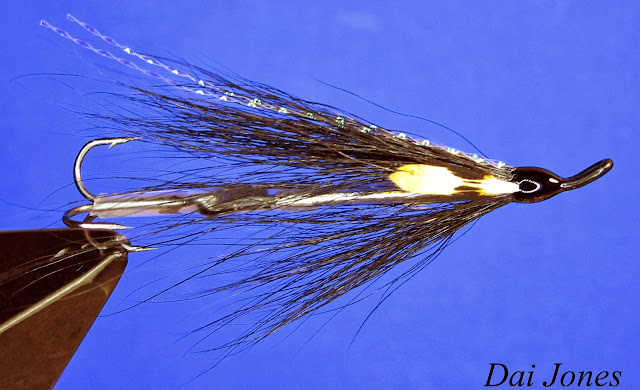 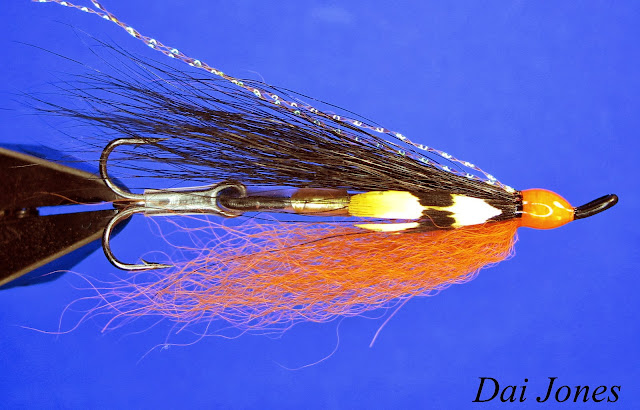 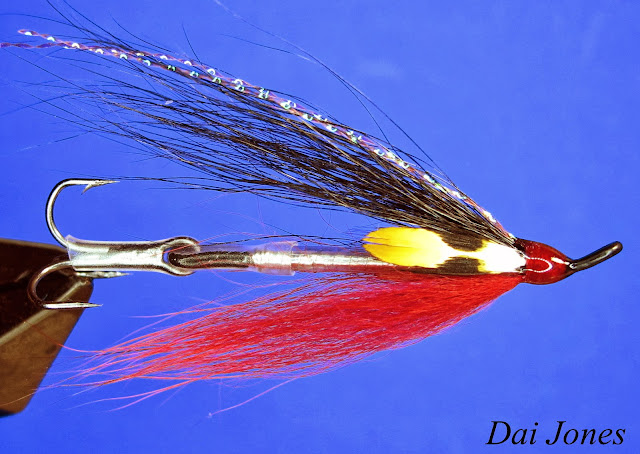 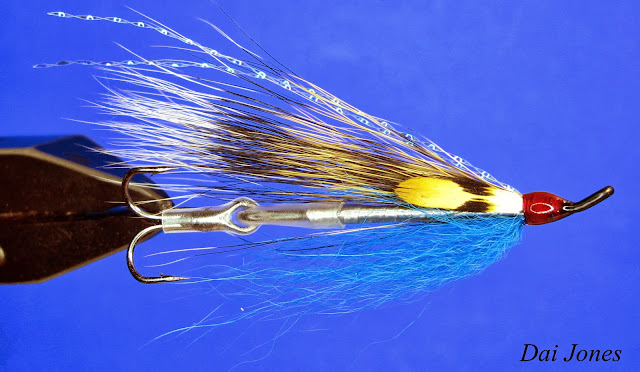 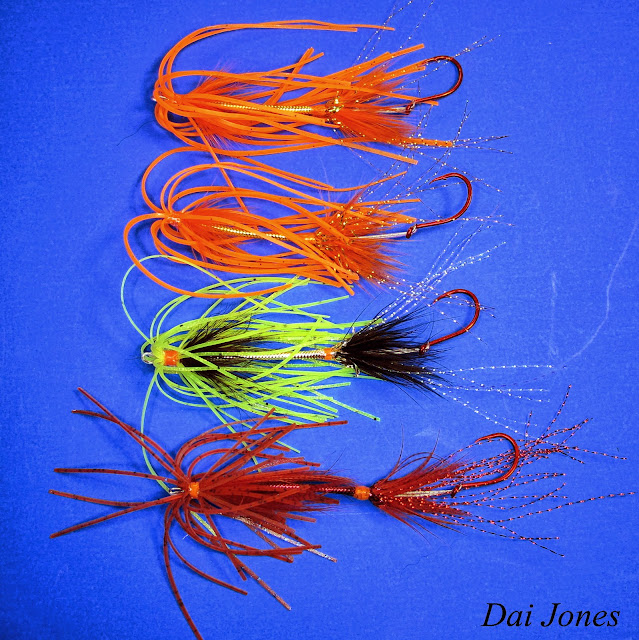 Above, are some of the snaketruders, that i have been tying for a mate. who fishes the river Tyne and Wear, the ones above are about 2" inch long. and tied with rubber legs giving the look of a squid in the water. and the good news he is catching a few salmon on them, 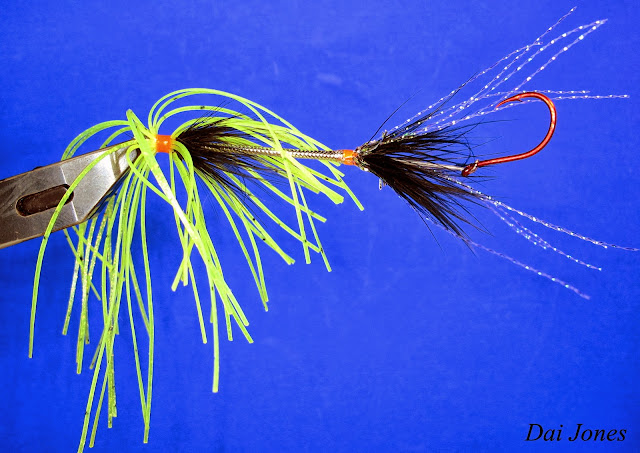 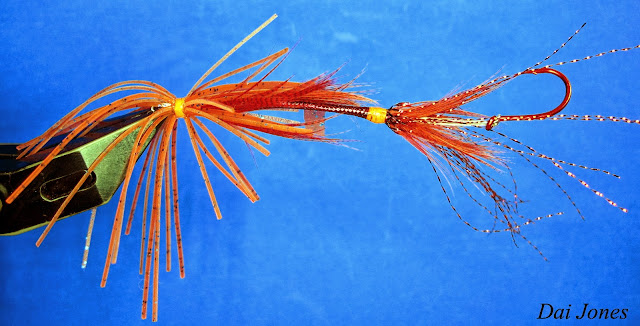 Red snaketruder, will be updating the end of the week. with some nice photos of salmon off the rivers Wye and Usk, seeing as the season is ending tomorrow.
Posted by daijones at 03:44