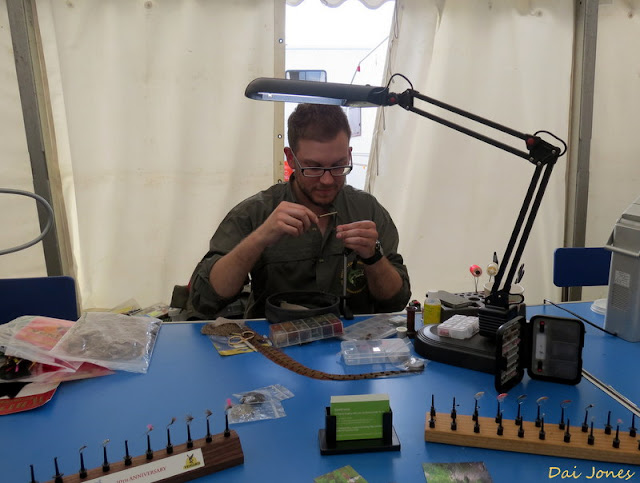 Last weekend, I was tying at the north Wales game fair at Bala. I have been tying at this show from the start, this year was the third year. and have to say it gets better ever year, and a great show to catch up with a number of mates. that don't get to see enough, myself and my mate Gareth Lewis above. (very well known for is super micro flies) drove up from south Wales very early Saturday morning, and the satnav did give us a great look around on the way up. why do these things always want to take you the long way around, but will say it was a great look at the country on the way up. 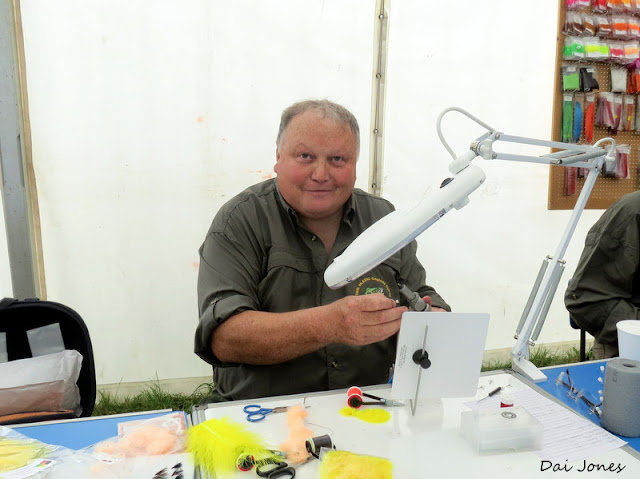 Above, my good old mate Emyr Breese, again a great tier of competition flies. i was very lucky to be tying and sitting between him and Gareth Lewis, i picked up a lot of great tips. tying these small trout and grayling flies, 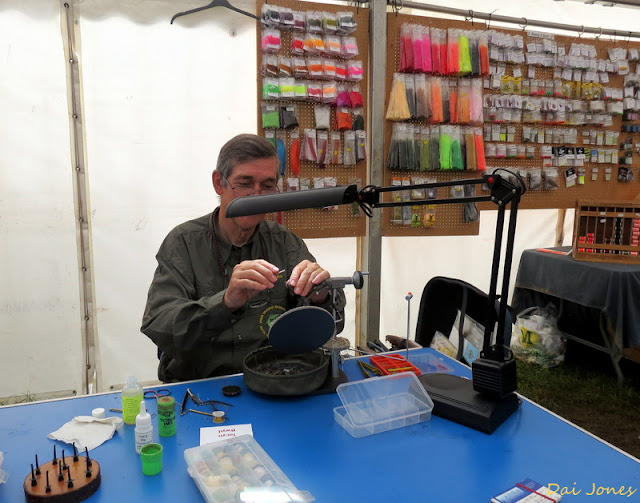 And above, another mate and great tier of trout and grayling flies Louis Noble. top guy, 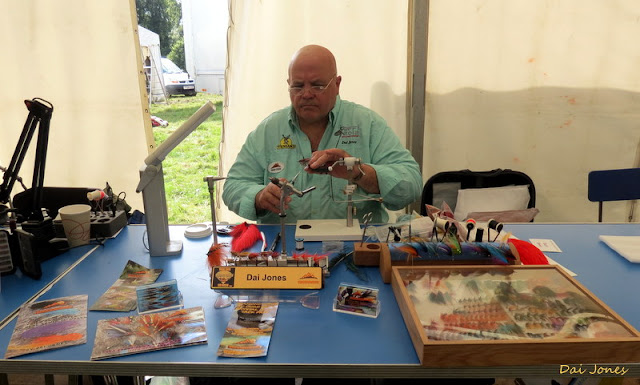 And yours truely tying on the weekend, i was tying salmon flies. 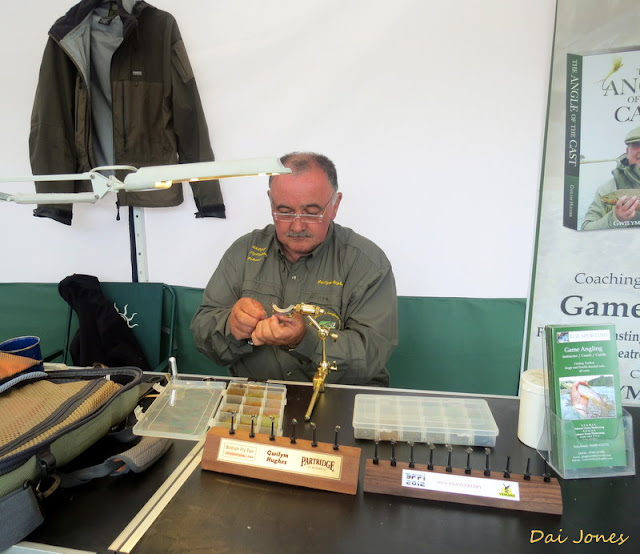 And above we have the one and only, Gwilym Hughes top guide in north Wales. and writer of the book the Angle of the cast, top read get hold of this book you will love it. i always stay with Gwilym when i go to this show, he and his lovely wife Sarah really look after myself, and also Gareth this year. 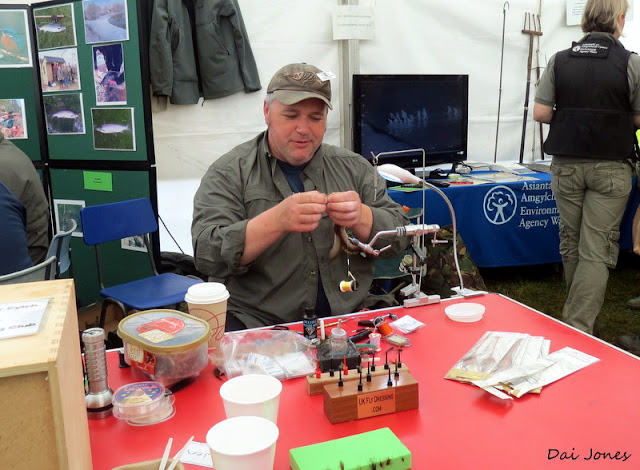 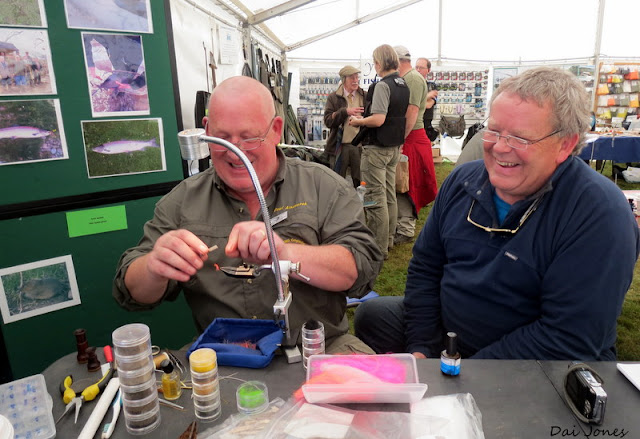 Another north Wales mate Paul, as you can see both in the photo laughing. as when i went to take photo, his thread broke. 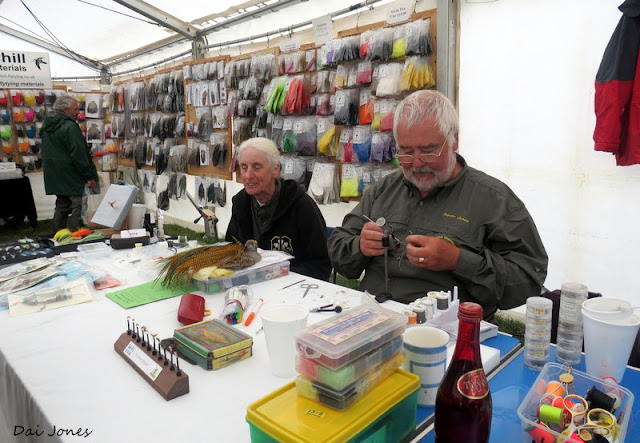 Above Trevor, an other top small trout and grayling tier. and also along side him Sue, who ties some nice saltwater patterns. 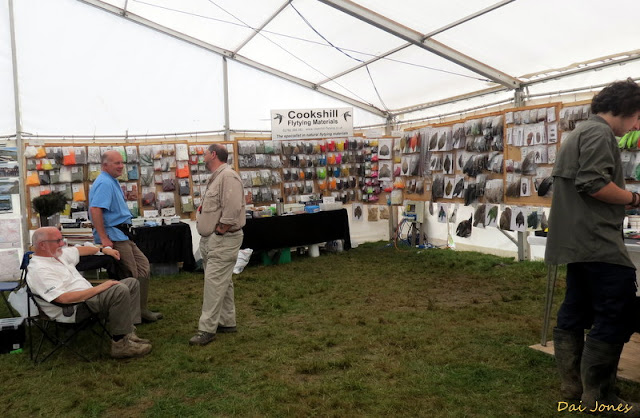 Above, above the Cookshill stand. great materials. 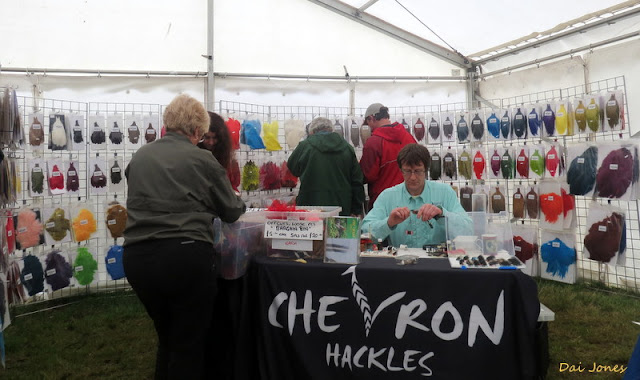 And above Christina Tooley of Chevron, and my mate Dewi Williams tying on the stand. great around tier but will say love is wet mayflies,

And above John of Celtic fly craft, great materials again. 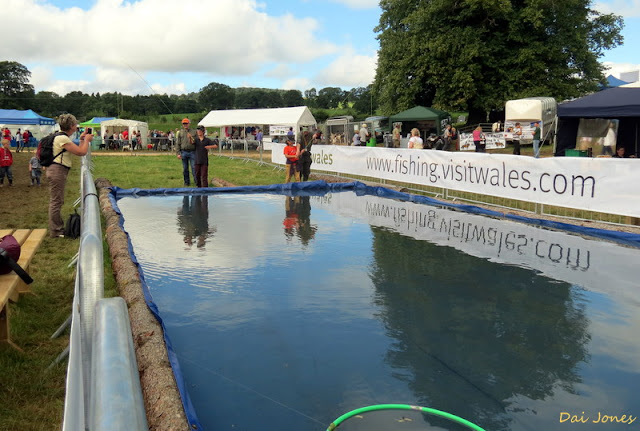 Out side the tying tent, was the casting pool very popular venue over the weekend. 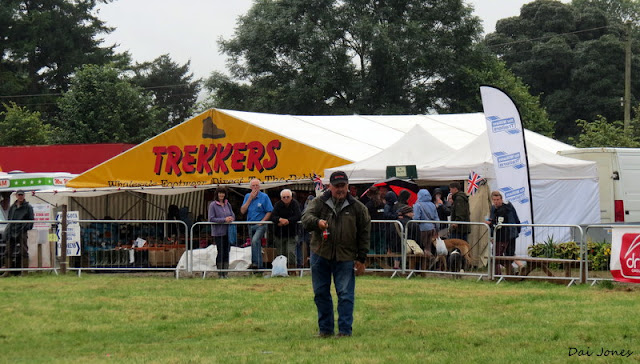 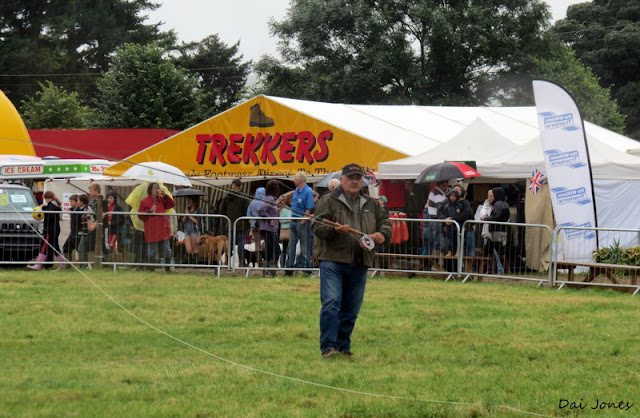 Above, two photos of Gwilym Hughes casting, single and double hand. later i will be putting up some videos of him casting,
Posted by daijones at 13:26